Young Turkey Awards took place this year on 26th April 2018 in Lutfi Kirdar Congress Center, aiming at honouring and highlighting the success of corporations and individuals which are working on elevating the culture and art of our country and making significant contribution to the fields of technology, science, culture, art, industry and economy with their service and works, as part of the Young Turkey Summit. Dr. Ozgur Akin, The Chairman of AKINSOFT-AKINROBOTICS, was honored with the ”2018 Young Turkey Vecihi Hurkus Businessman Award”. Dr. Ozgur Akin said ”I feel very excited. Thank you very much for deeming me worthy of this significant award. While humanity was talking about war in 1903, the scientist kept working and Wright Brothers invented the first airplane with engine. After a short time, our young son Vecihi Hurkus, made the very first Turkish airplane with the leftovers from the Turkish War of Independence and managed the first flight. But he was sentenced because of not being able to get flight permit. He never gave up against these complications. He made the airplane with his own design in a small atelier in Kadikoy. But he couldn’t have got the certificate for his plane. He dismantled his plane and took it to Czechoslovakia by rail in order to get permission. He got the certificate there and brought the plane back. He made numerious attempts but failed them. He cooperated with the businessman Nuri Demirag and aircraft engineer Selahattin Alan. They started producing Turkey’s first airplanes and obtained orders from abroad. Anyhow Turkish airplanes were flying in the sky almost all around the country but even so our plane factories were closed down unfortunately. In 1961, as we all know, we manufactured our domestic cars in a short time like 4,5 months. I would like to mention Emin Bozoglu and his team with respect. They carried out an excellent work. But unfortunately they forgot to ”put fuel” . This is wrong. The scientists don’t forget to put fuel. We have caught the world standards again in 2015. And in our country, we set up the world’s first humanoid robotic factory in conjunction with many features. I am accepting this award in the name of all of my engineers, my colleagues, all the engineers that I have mentioned before or I have not, the engineers of the future and all the business people.” 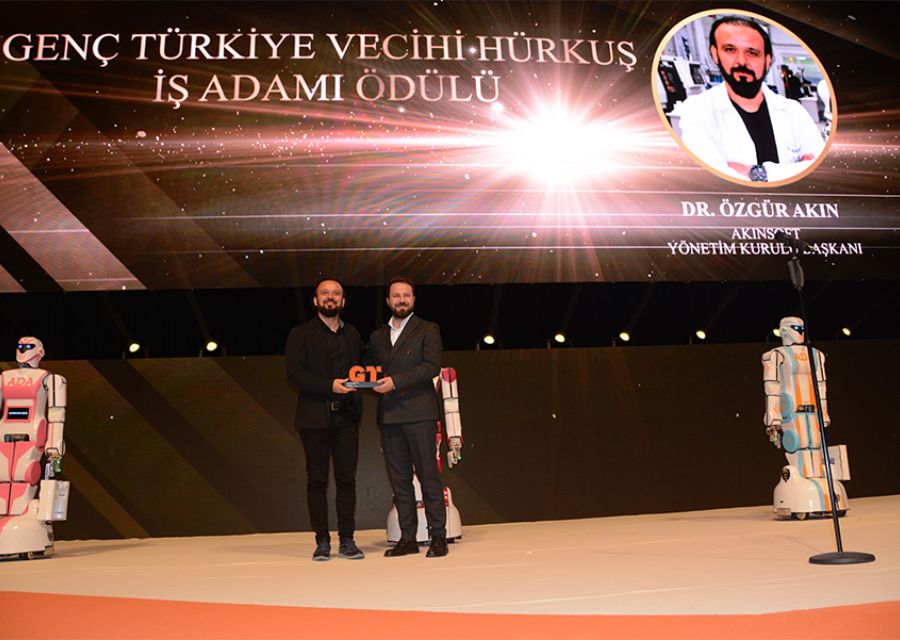